To have the optimal experience while using this site, you will need to update your browser. You may want to try one of the following alternatives:

Playing In Flood Water Is A Terrible Idea. Here's Why. 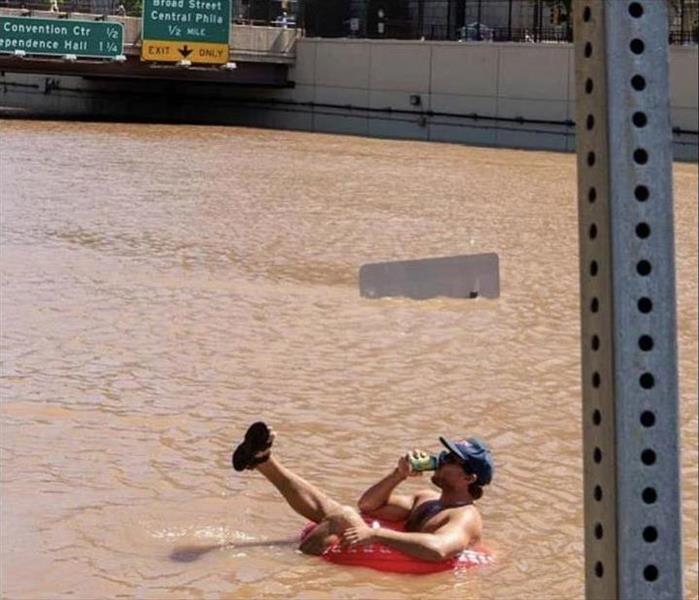 As hurricane Ida wreaked havoc on Philadelphia, some residents decided to take the destruction in stride.

Images of people playing in the flooded Vine Street Expressway went viral. One man was seen floating in a tube, cold beer in hand. Another dove in headfirst from an overpass. Across social media, many found the images amusing in light of an unfortunate situation.

As experts in flood cleanup and water removal, we’re here to tell you why playing in floodwater is a terrible idea.

Water damages are classified by threat level. Floodwater falls under Category 3 - the most dangerous- as it presents a serious risk to health. For this reason, we refer to it as “black water” and advise homeowners to avoid contact with it at all costs. Why?

Floodwater may contain sewage and other hazardous waste, especially in urban areas.

Philadelphia has underground sewers. Any water floating above them is bound to contain raw sewage. The micro-organisms present in sewage-tainted water are known to cause E Coli, Giardia, Hepatitis A, Cholera, and more.

Aside from human waste, many other toxins are present. Consider that anything lining the streets and sidewalks has been washed up into the water. This includes vehicle fluids, chemicals, decaying animals, and garbage.

Rushing water snatches up anything in its path. It is impossible to know what items are surrounding you in the murky water. Floodwater frequently includes broken glass, metal fragments, wires, branches, and more. Contact with these items can cause tetanus, staph infection, and serious injuries.

Don't get it confused- swimming in floodwater is not the same as swimming in a lake or ocean. It is unsanitary and dangerous. Always avoid contact with floodwater and urge family members and friends to do the same.